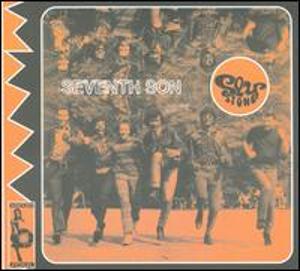 05. Every Dog Has His Day info

09. Life of Fortune and Fame info

16. Help Me with My Broken Heart info

19. In the Still of the Night info

Sly Stone didn't just pop out of nowhere in the late 1960s. He had a long musical apprenticeship, studying music composition and theory and the trumpet in college, had logged lots of hours as a San Francisco DJ, and was a producer at Autumn Records. He spent a lot of time in recording studies working on his own projects, as well, and some of that is collected here in this wonderful look at the musical roots that would later all come together as Sly & the Family Stone. Tracked in 1965 and 1966, a year or so before Sly would burst on the national music scene with his mature sound, these recordings have a delightful diversity as Sly tries on all kinds of musical hats. Among the highlights are a bustling, R&B-laced version of Jimmy Reed's "Ain't That Lovin' You Baby," a crisp, professional "Seventh Son," and the joyous doo wop of "You're My Only Love" and "Oh What a Night." Although nothing here has the sheer power and energy of Sly's later work, it's still revealing and fun and completely delightful on its own terms. Steve Leggett. AllMusic
---
http://www.vampisoul.com/detail_cd.asp?referencia=3
On this album you can hear Sly & The Family Stone in their early developmental years. Although the dates are fairly unknown, these previously unreleased tracks were recorded by Sly Stone at Autumn Records. These are songs recorded from 1963 to 1966, some never even seeing the light of day until now.
Liner notes by Sly "connoisseur" Mick Collins (The Dirtbombs, The Gories...).
---
http://thefunkshow.com/joomla/index.php?option=com_content&view=category&layout=blog&id=42&Itemid=57
Sly Stone is an Icon for a lot of people in and out of the music business. Prior to the success of “Sly & the Family Stone”, he was a radio personality, a solo artist and a song writer. This CD contains examples of some of his material before the first “Sly & the Family Stone” release in 1967. It contains some of his early releases like “You’ve Forgotten Me’ and “Are You My Girlfriend” which were released on the Luke label in 1961. Another re-release is “Help Me With My Broken Heart” which was issued on the G&P label in 1961. The majority of the CD contains never before released tracks like “Ooh What A Night”, “Heavenly Angel”, and “In The Still of the Night” which are Doo-wop. Examples of the early Rock & Roll sound can be heard on “Uncle Sam Needs You My Friend”. This CD is for the Sly Stone fan and collector who is a completist of the Sly Stone discography. It is a nice gem to add to your collection.
Sly Stone