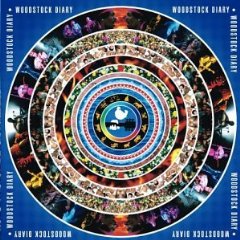 Very late on Saturday evening, or rather Sunday morning, came Sly & The Family Stone: 3:30 am. Led by Sly Stone, they were pioneers of Funk-Rock which was still based on Soul and R&B added with some psychedelic elements as well as Gospel. The band consisted of black and white members, men and women, which wasn't that usual at that time.

Given their late appearance Sly & The Family Stone were remarkably fresh and powerful. The Woodstock show is widely considered as one of their best performances.

Setlist
M’Lady
Sing A Simple Song
You Can Make It If You Try
Everyday People
Dance To The Music
Music Lover
I Want To Take You Higher
Love City
Stand!

Details
The setlist consits mostly of songs from their hit-album Stand! which was released in May 1969. "Music Lover" and "I Want To Take You Higher" run both over 10 minutes.

Availability
The complete show is available as a bootleg (excellent soundboard recording) and also on Stand! (The Woodstock Experience), a re-issue of the 1969 album.