Who in the Funk Do You Think You Are 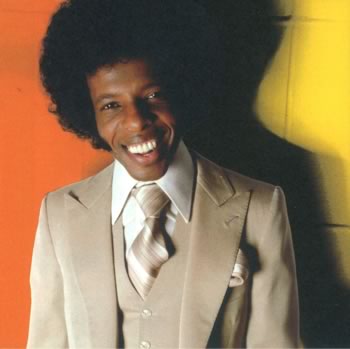 01. Remember Who You Are info

02. Back On The Right Track info

04. The Same Thing (Makes You Laugh, Makes You Cry) info

06. It Takes All Kinds info

13. Who in the Funk Do You Think You Are info

[Instrumental Demo]
19. In Other Words info

Who In The Funk Do You Think You Are: The Warner Bros. Recordings (Rhino Handmade collection compiles Back on the Right Track and Ain't But the One Way with five previously unissued recordings)

By the time Sly Stone -- with a revamped version of the Family Stone -- released his two Warner Bros. albums, Back on the Right Track and Ain't But the One Way, he had been dismissed as a drugged-out has-been, with his best days past him. The latter part was most certainly true, since he was not only worn out, it would have been hard for most musicians to reach the peaks of Stand!, There's a Riot Goin' On, and Fresh, not to mention his unbelievable singles of the late '60s. But the truth was Sly was running on near-empty, barely able to keep afloat during a series of personal trouble and addictions. In retrospect, that makes these Warner recordings all the more remarkable -- not because they're great, but because they're competent, enjoyable, period-piece funk. That's a testament to the sheer size of his genius -- even amid all the trouble he made pretty good music. Not great, to be sure, but neither of these records are disasters, which is more evident now than it was at the time. This still isn't music that packs any revelations, and there's not much depth in the music, apart from "The Same Thing (Makes You Laugh, Makes You Cry)," but it's surprisingly enjoyable, considering its reputation, and the presentation and packaging is first-rate, making this a nice collector's piece. Stephen Thomas Erlewine. AllMusic
Sly Stone